Committed to Providing the Highest Quality

SCR Performance congratulates Jake Latham for stepping onto the Runoffs podium for the second time in as many years, as he claimed his second Bronze medal, this time in SCCA’s highly competitive new Formula 1000 class.

Jake moved to F1000 this year after a successful final season in D-Sports Racing, and had a difficult year this year with getting a new car debugged and up to speed. Despite having only one good qualifying session, Jake qualified 7th in a field of 18 cars, and battled through an extremely hard-fought race, ultimately finishing third by a mere 0.017 seconds to second place!

We’re proud to be part of Jake’s racing efforts, and we look forward to more next year.

Check out the video below from YouTube, with coverage filmed from in-car of the ultimate second-place finisher. Also, check out Speed Cast TV for copies of the broadcasted TV coverage. 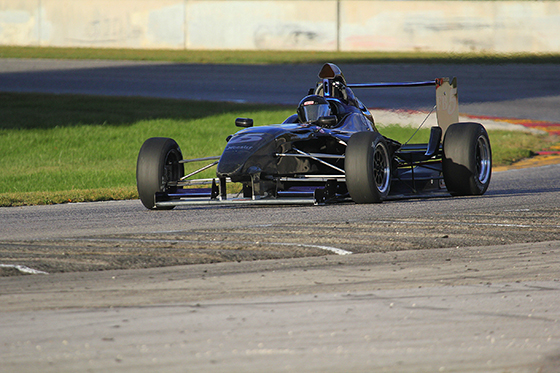